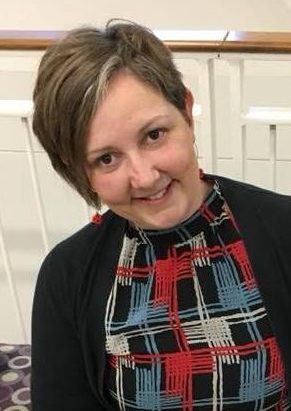 Jessica DeSpain, Associate Professor of English at SIUE, co-directs the IRIS Center. She is the author of Nineteenth-Century Transatlantic Reprinting and the Embodied Book (Routledge, 2014), and the lead editor of The Wide, Wide World Digital Edition, an exploration of the over 170 reprints of Susan Warner’s bestselling nineteenth-century novel. She has published several articles on the intersections of Book History and digital humanities pedagogy. DeSpain is collaborating with faculty in English, History, Education, and STEM on the NSF-funded Digital East St. Louis Project, in which middle school students collaborate to build a digital project about the culture and history of their region.

Jill Anderson is an Associate Professor and the Program Director for secondary English Education in the Department of English Language and Literature. Her research specializes in the American novel from the early republic to the antebellum period with an emphasis on transatlantic intertextuality and the female heroine. In addition to twelve years of student teacher supervision in Madison county schools, she has taught at a variety of levels (grades 8-12, community college, undergraduate, and graduate). 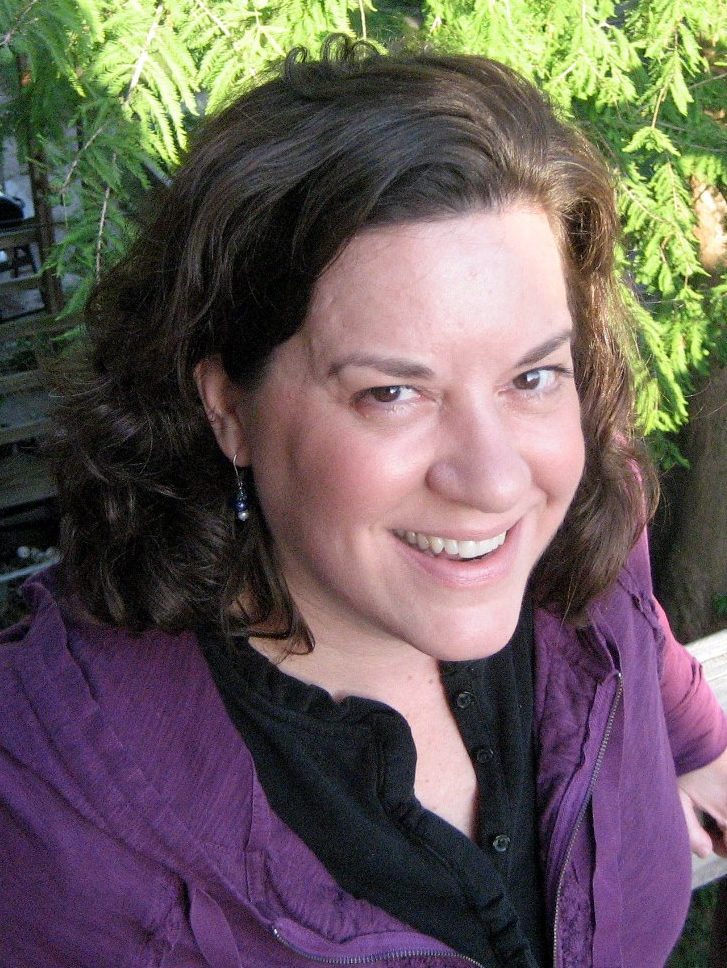 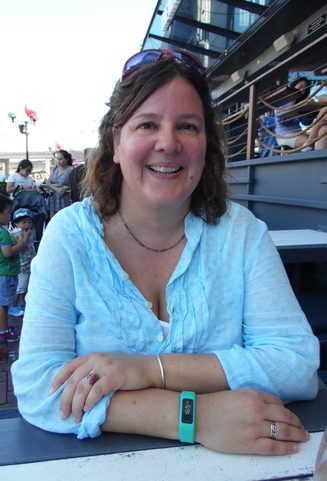 Kristine Hildebrandt is an associate professor in the Department of English Language and Literature. Her research profile includes language documentation and preservation. She is the principal investigator on two projects funded by the National Science Foundation’s Documenting Endangered Languages program, and previously directed a documentation project, funded by the Hans Rausing Endangered Languages Project at the School of Oriental and African Studies to document endangered/vulnerable languages of northern-central Nepal: Nar and Phu. Check out her collaborative work with SIUE faculty and students at: https://mananglanguages.isg.siue.edu/.

Katie Knowles is the IRIS Center Project Manager. She has has a BA in English and Music from Hanover College and an MA in Shakespeare Studies from the University of Birmingham’s Shakespeare Institute in Stratford-upon-Avon. 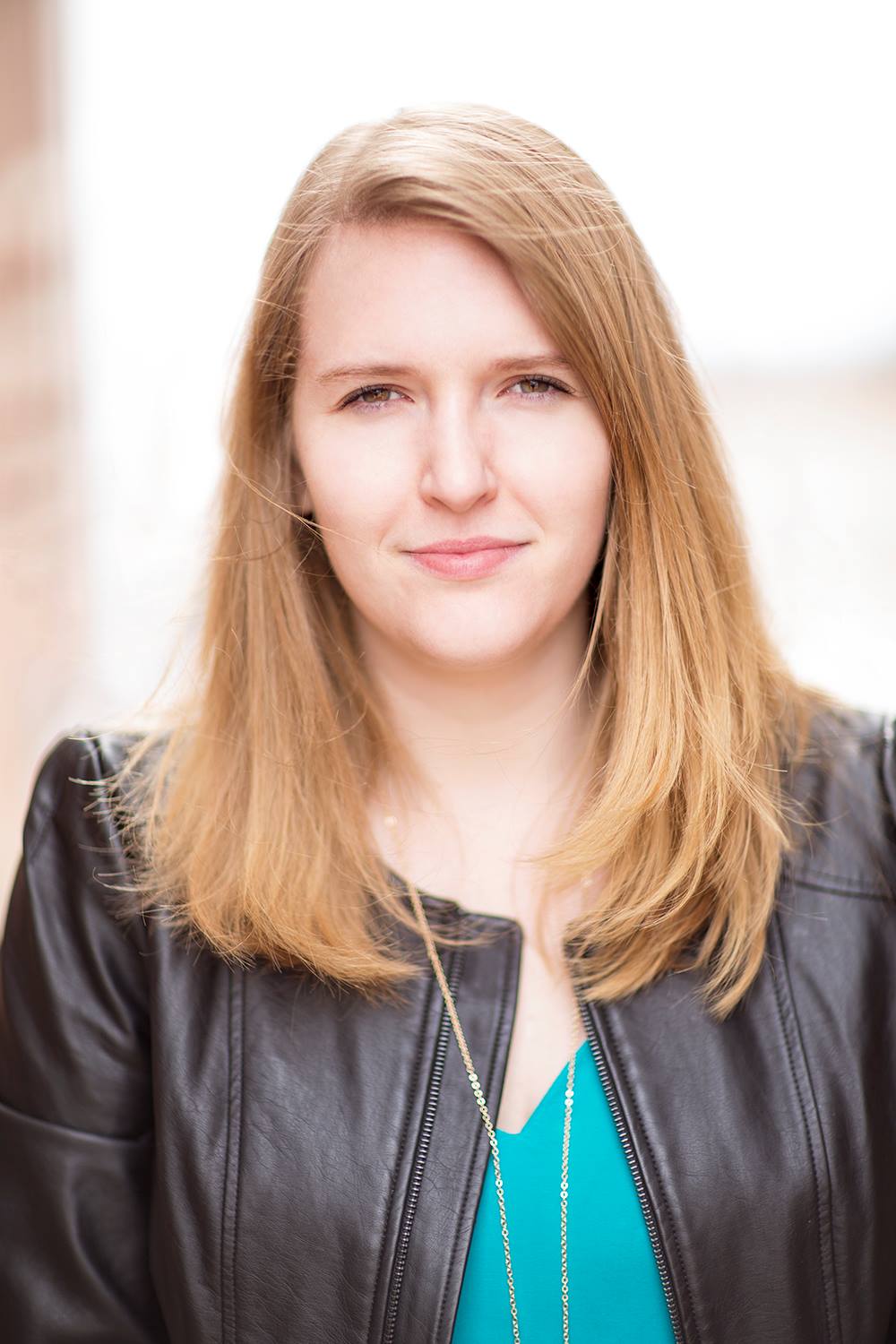 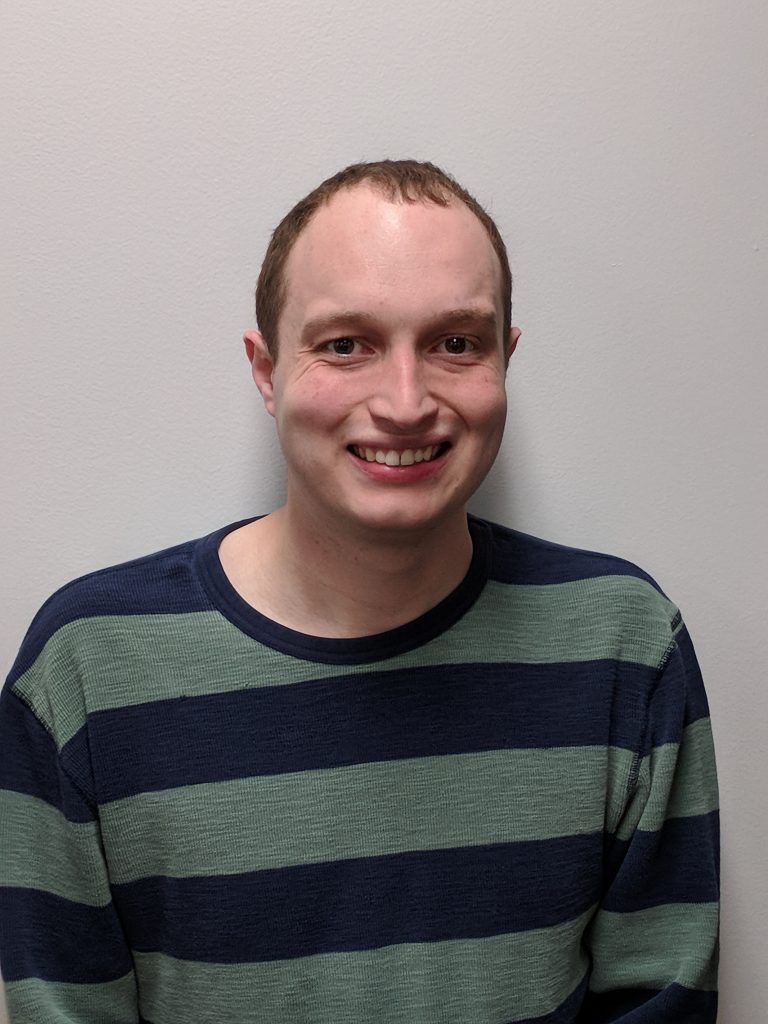 Ben Ostermeier is the first undergraduate to receive a minor in the Digital Humanities and Social Sciences at SIUE. He also earned a bachelor of arts in History, with an additional minor in Computer Science and a German focus. 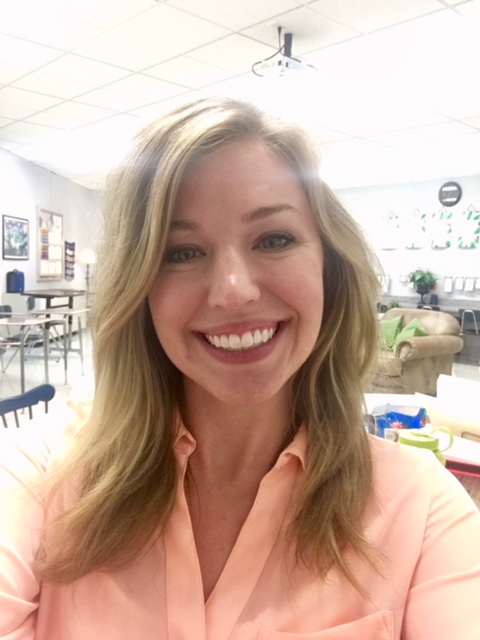 Hello! I teach English I, Honors English I, and College Writing Prep. at Highland High School. I graduated from Southern Illinois University Edwardsville in 2013 with a Bachelor of Arts in English. I am currently working on my Master of Arts in English with a focus on composition instruction. I love to make my classroom a creative space where students can explore what it means to be a writer and critical thinker.

Vanessa Bruno is an English Teacher at Collinsville High School. She teaches English II, English III, Creative Writing, and is the sponsor for Writing Club. Vanessa graduated from Southern Illinois University Edwardsville with a Bachelor of Arts in English with Secondary Teaching Certification in May of 2019. She is excited to be a part of Conversation Toward a Brighter Future 2.0. 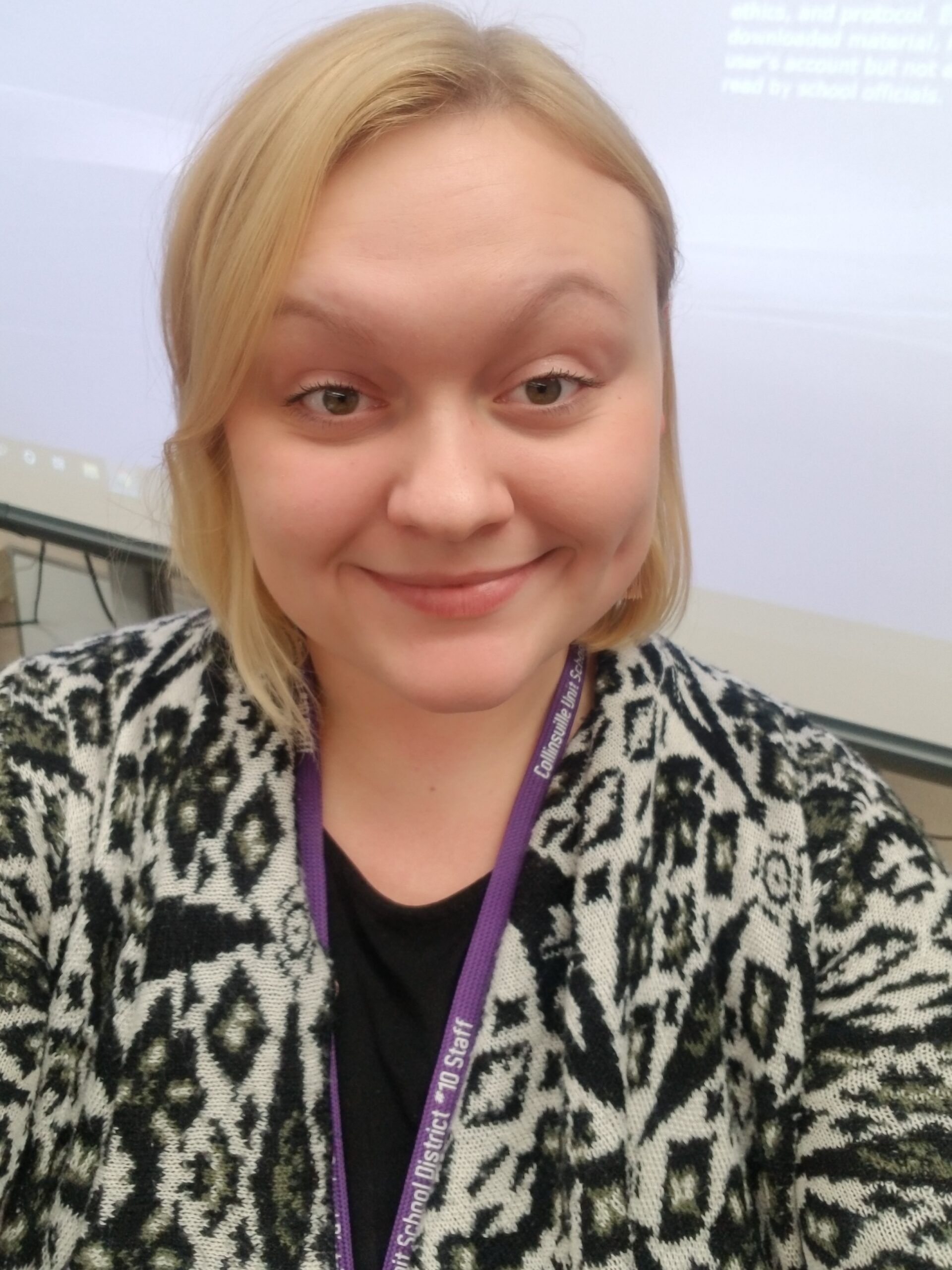 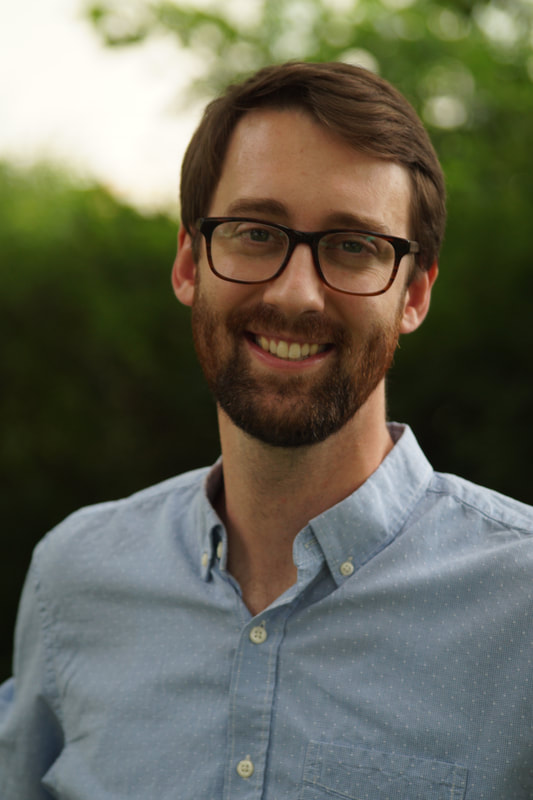 Jacob Carlson is an English teacher and instructional coach at Civic Memorial High School in Bethalto. His interest in his content lead him to pursue a Master of Arts in English with an emphasis in English and American Literature at SIUE, which he completed in 2018. Additionally, Jacob seeks avenues of service in the education profession, which has lead to a year-long policy fellowship through Teach Plus (2017-18) and a position on the executive committee of the Illinois State Teachers of the Year and Finalists Association (2016-present). He is honored to watch his students participate in the Conversation Toward a Brighter Future initiative this year.

My name is Ms. Gattuso. I am the Criminal Justice Teacher at Collinsville High School. I graduated from Southern Illinois University Edwardsville with a Bachelor of Science in History with a Secondary Teaching Certification in May of 2015. In August of 2015 I completed my Special Education LBS1 Endorsement and in September 2017 I received my Career Technical and Educator Endorsement for Criminal Justice and Police Science. Before college, I graduated from Edwardsville High School is 2004, then I joined the United States Air Force as a Military Police officer for six years. 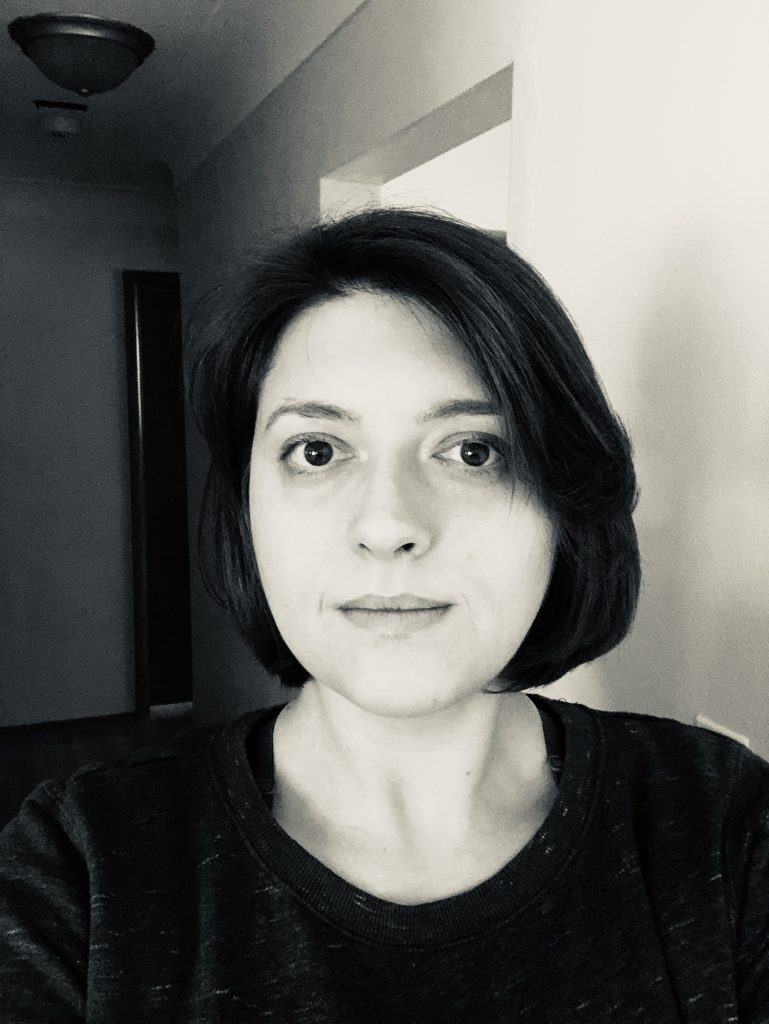 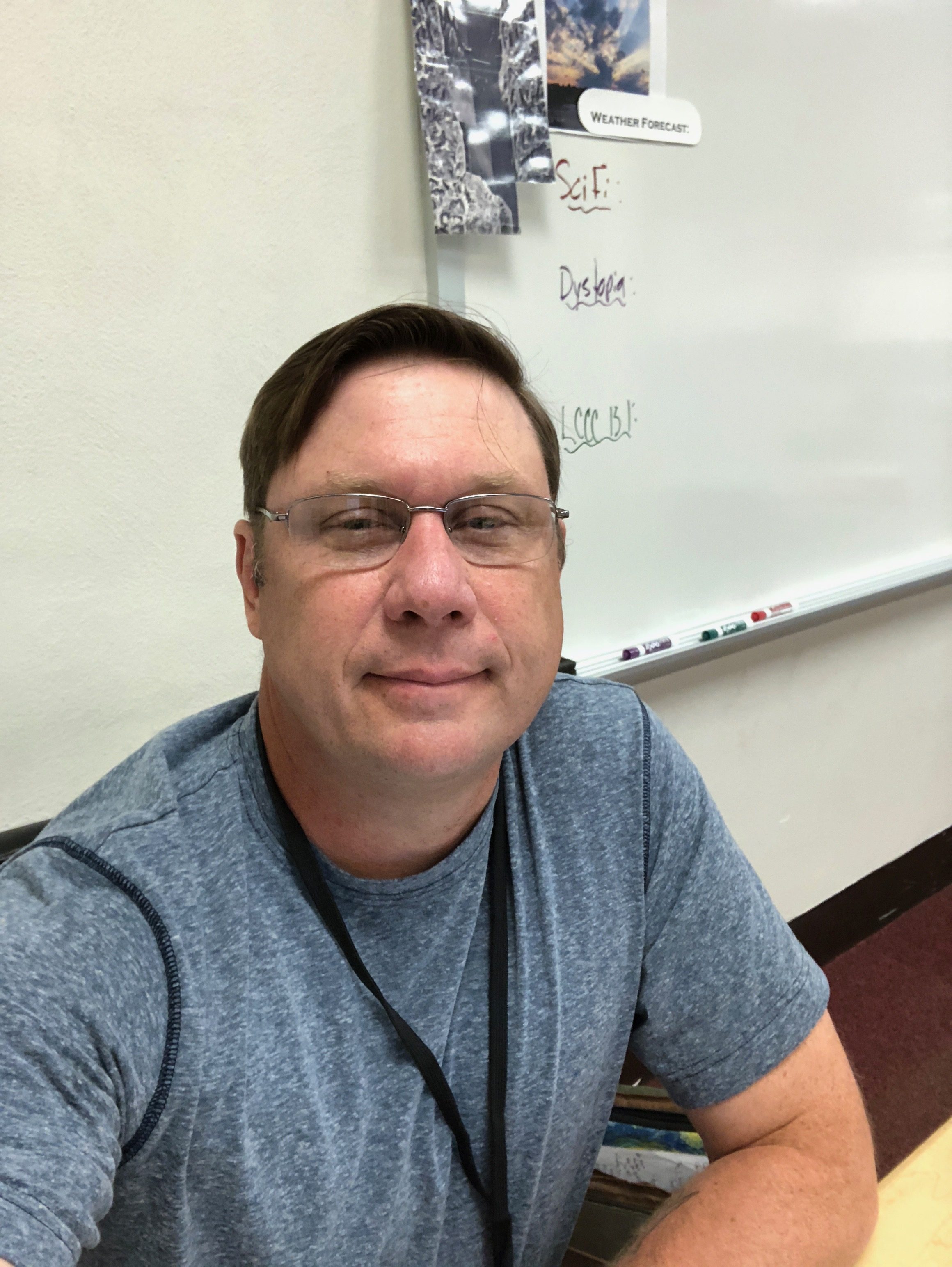 I teach senior composition and literature at Roxana High School. I am proud to be a member of the Cultural Landscapes Collaboratory and one of the founding fellows of the Piasa Bluffs Writing Project. Learn more about me, my students, and our work at Fawnsfoot and Redbirdblog. I recharge my teaching and writing batteries fly tying and fishing, and hanging out with my kids.

Chris Hutchings has lived an adventurous life. As an Air Force brat, he moved around the United States throughout his childhood. He grew up in Illinois, Arkansas, Louisiana, Texas, and completed high school in Orange, California. After graduation, he joined the Marine Corps, serving as a Stinger gunner at Camp Pendleton. He then returned to Illinois to attend Southwestern Illinois College, and MecKendree University. In 2004, he was hired at Granite City High School as an English teacher. While there, he has taught every English class the school offers, along with a Spanish class here and there. He is a leader in a club called Renaissance that focuses on academic success and positive school culture. He also created the Hobby Club. This club gives students the ability to hang out and learn new games like Pokemon and Magic the Gathering, Dungeons and Dragons, and a plethora of board games. He became the English department chair in 2013.
Chris enjoys exercising, especially running and hiking with his family. They are all avid travelers, always looking for that new adventure in uncharted territory. Chris and his family are also avid animal lovers (vegetarians since Thanksgiving 2000) with 3 dogs, 2 sugar gliders, 1 rat, 1 gecko, 1 turtle, and 1 snake. 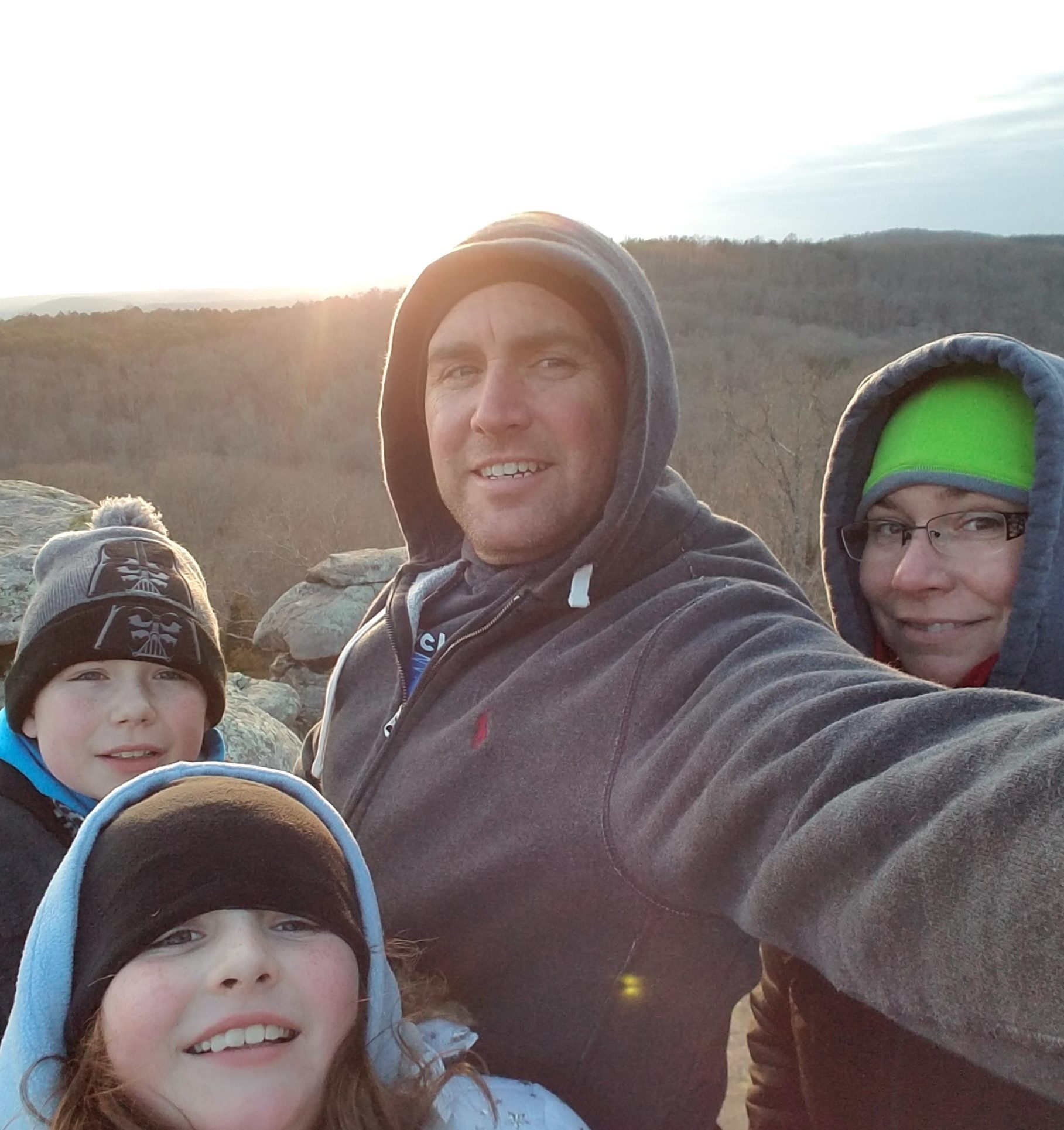 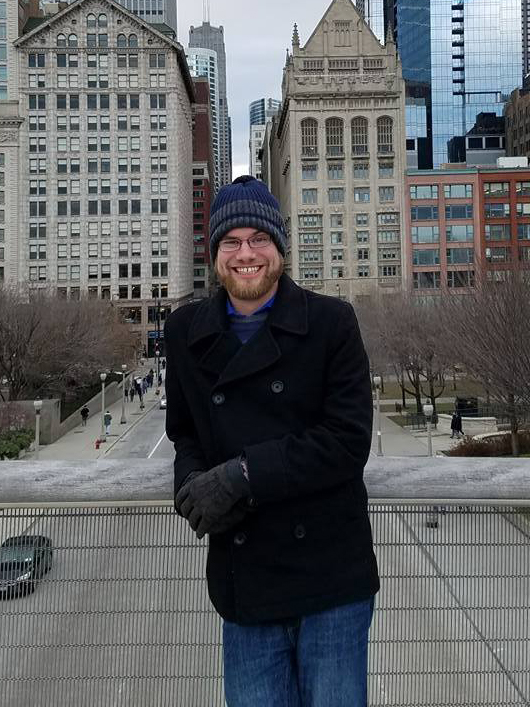 I am a high school English teacher in an alternative education program in the Triad school district. I am entrusted with developing and implementing alternative curriculum with a group of students who are disengaged and/or disenfranchised from the traditional school system. I enjoy finding ways for students to engage with language and literature in a way that is relevant in the 21st century. I graduated with my BA in English in 2015 from SIUE and am currently pursuing my Master’s in Education.

Lauren Mudge is an English teacher at Edwardsville High School and co-adviser for the EHS Tiger Yearbook program. She graduated from Millikin University in 2012 with a Bachelor of Arts in Secondary Education (English) with additional licensure in Social Science. In 2016, she graduated from McKendree University with a Master of Arts in Curriculum Design and Instruction. Lauren serves as the Edwardsville School District’s representative for Conversation Toward a Brighter Future 2.0. 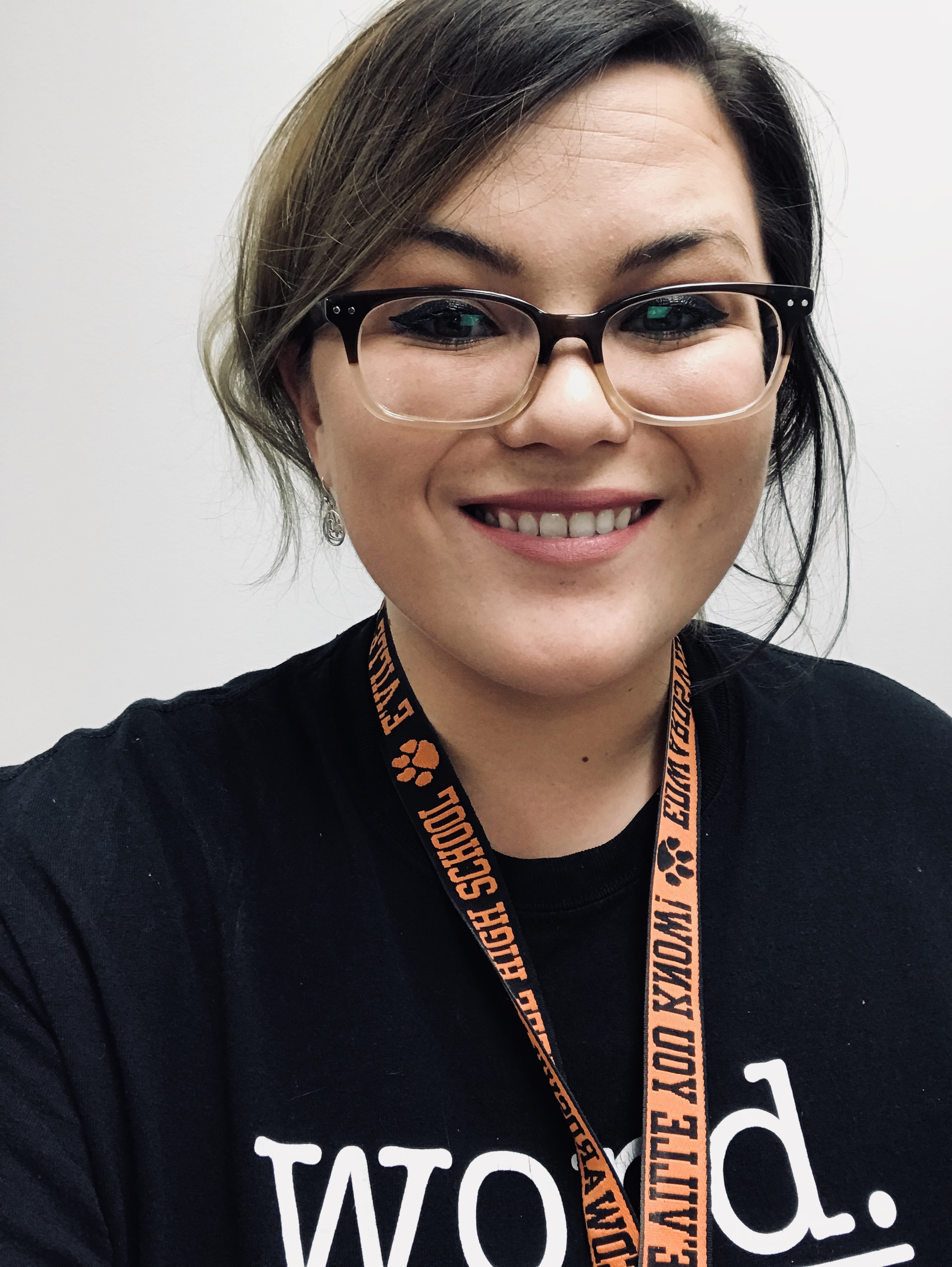 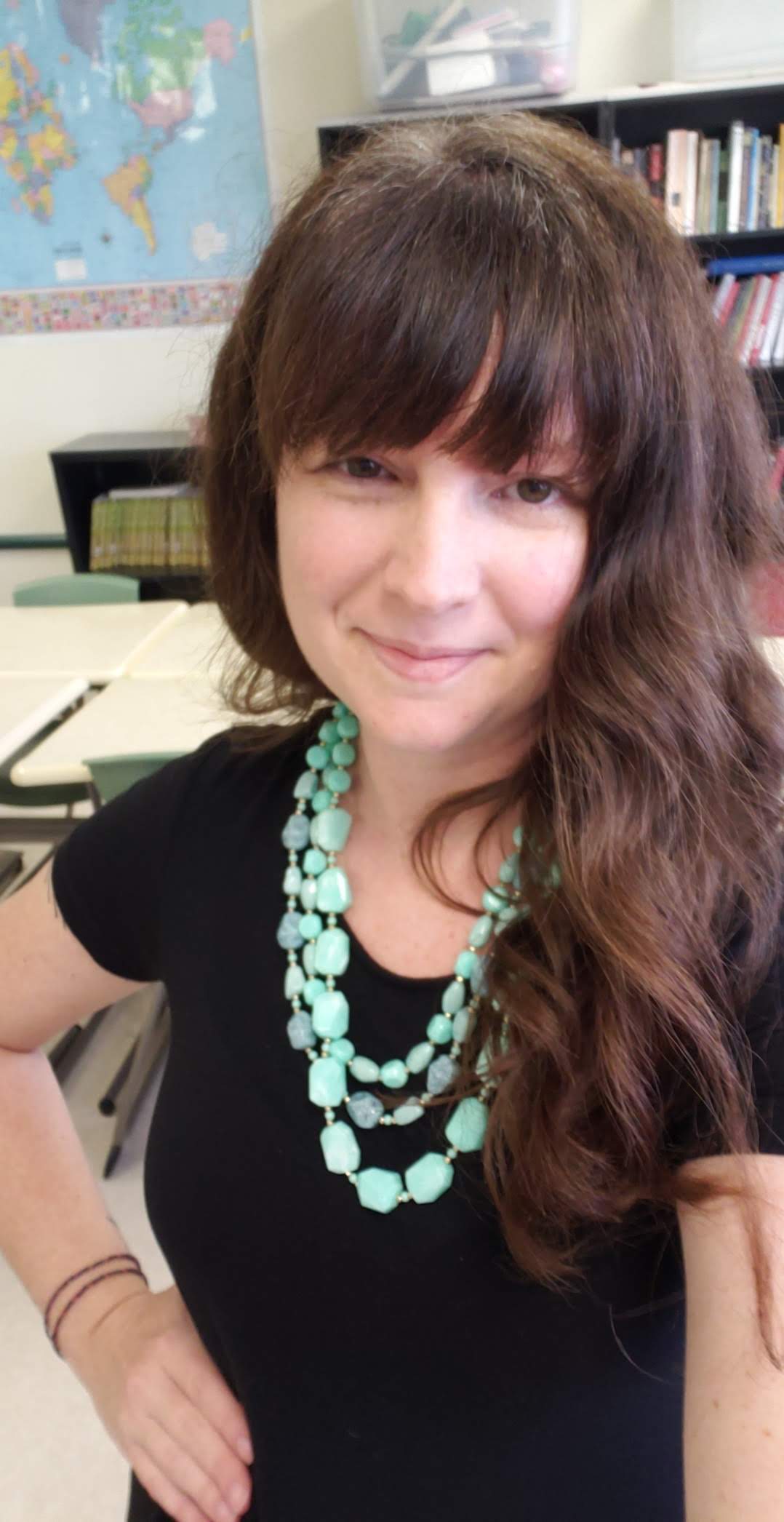 Bridget Nelson is an ELA teacher at SIUE East Saint Louis Charter High School. She currently teaches English IV, English II, Dual Credit ENG 101/102, and College and Career Prep. In addition, she teaches in the 21st Century after school program, is a senior class sponsor, coordinates the annual Women’s History program, is a PLC leader, and teaches summer school English. Occasionally, Ms. Nelson teaches first year writing courses as an adjunct English Instructor through SWIC. She is an alumni of SIUE, earning a B.S. in Psychology (2005); a B.S. in English, Secondary Ed (2011); and a Master’s in Teaching of Writing (2017). When she’s not working, Ms. Nelson enjoys the tremendous challenge and endless adventures in raising her 4 year old, Oscar.

I am a 27-year-old music lover, mentor and youth advocate from East St. Louis, IL. I attended Jackson State University, where I earned my bachelor’s degree in English in 2014. Since graduating, I decided to move back home to work in the community and enjoy quality time around my family. I’m currently the Coordinator for the Madison CUSD #12 Community Youth Employment Program, where I help employ, train and guide the youth of Madison, IL to a brighter future. Not only do I love what I do but I also love the youth I am fortunate to serve! 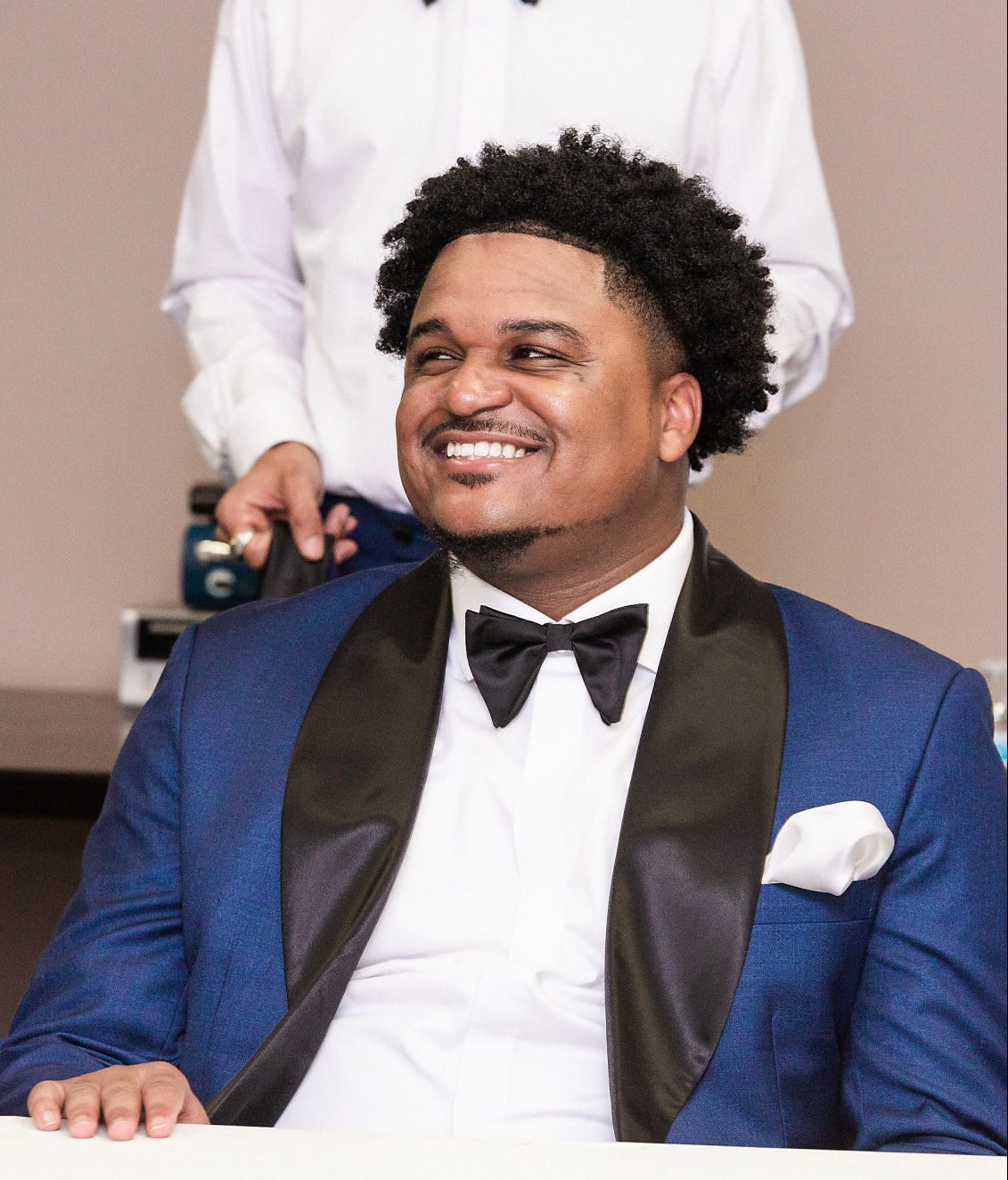